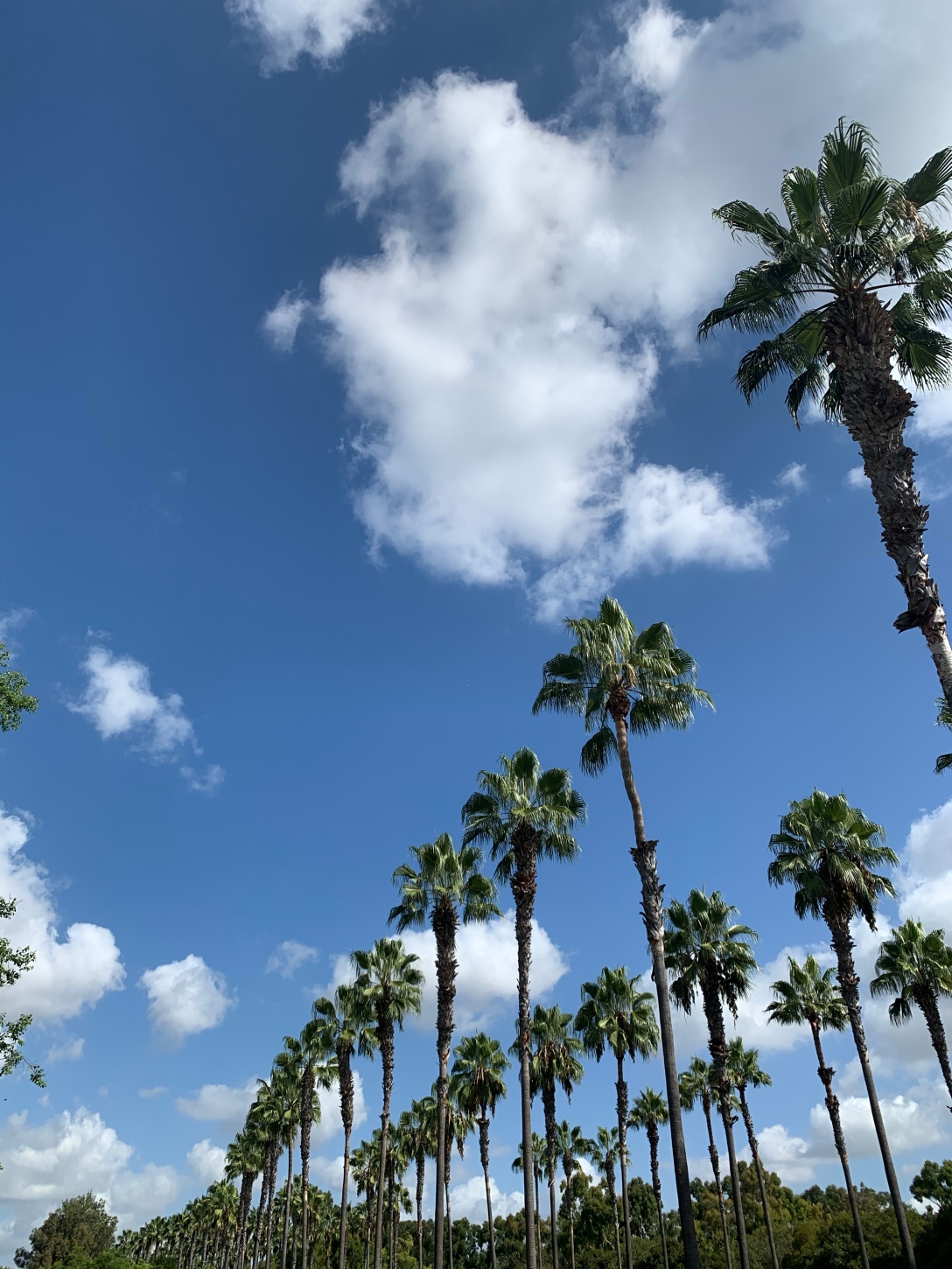 If you didn’t know already, them I’m not sure I’ve mentioned it enough! But I went to California back in October 2019 and I’m only managing now to get round to writing a blog post about what we did. It was a family holiday (our first one in 10 years) and we went for 10 days flying with United Airline that we couldn’t fault at all. We booked the whole holiday except park tickets through our local Tui store and got a really good deal plus lots of support and guidance. We split the holiday in two, so we spent 5 days in Anaheim and then 5 days in Hollywood which worked really well.

Our flight was in the afternoon UK time and we landed in LA at around 5pm their time. The flight was 11 hours and it definitely felt it but like I said we couldn’t fault the experience we had flying with United, we had so much food, drinks and snacks. The crew was absolutely lovely and our pilot was actually retiring that day so it was his last ever flight. We had prearranged an airport to hotel transfer through Tui so simply went through security, picked up suitcases up and saw our driver with a sign of our name and were on our way to Anaheim from LAX.

It took about an hour to get from the airport to our hotel in Anaheim, definitely factor in LA traffic because it was mental…never seen anything like it! Finally after arriving at the hotel we checked in, dumped our bags and headed out for a little explore, just down our road which happened to be a 15 minute walk to Disney (didn’t realise that until the next day). There was a few local shops around and we ended up getting a Pizza, chips and drinks and eating it back at the hotel ready for our first full day.

We ended up staying in the hotel Clarion which I have to be honest was dated but did the job as being a base for us to rest and sleep after busy days out. I wouldn’t recommend it per-say but definitely look at hotels along the road of Harbor Boulevard as that’s the main road to get to Disney as well as having lots of restaurants and amenities. It was the perfect location for us and to be honest I didn’t realise how close we were to everything until I only took a matter of minutes to be anywhere. You definitely felt safe walking around that area too as there wasn’t too many locals around, it was mostly tourists or workers of the hotels.

Our first full day consisted of breakfast at iHop at like 7am because we were all up super early with jet lag so decided to make the most of the day. iHop was good but I wasn’t blown away. I then experienced my first slice of Disney when we spent the morning at Downtown Disney, browsing the shops and doing a bit of damage to my bank account in World of Disney and Sehpora. It was just so nice to walk around somewhere I’d be wanting to go for so long and have so much merch at my fingertips haha. Next is almost like a right of passage when you come to America, obviously we headed to Target and picked up some bits for the next week or so. Walking in the mid day heat for about half an hour wasn’t the best idea though but Target was worth it. In the afternoon/evening we headed to Huntington Beach, it was so peaceful and nice to have a stroll along the beach and watch the sun set. We headed for dinner in a local restaurant which was fairly priced and headed back to the hotel. We ended up using Uber whilst we were out there as it worked out cheaper and easier for us to get round. 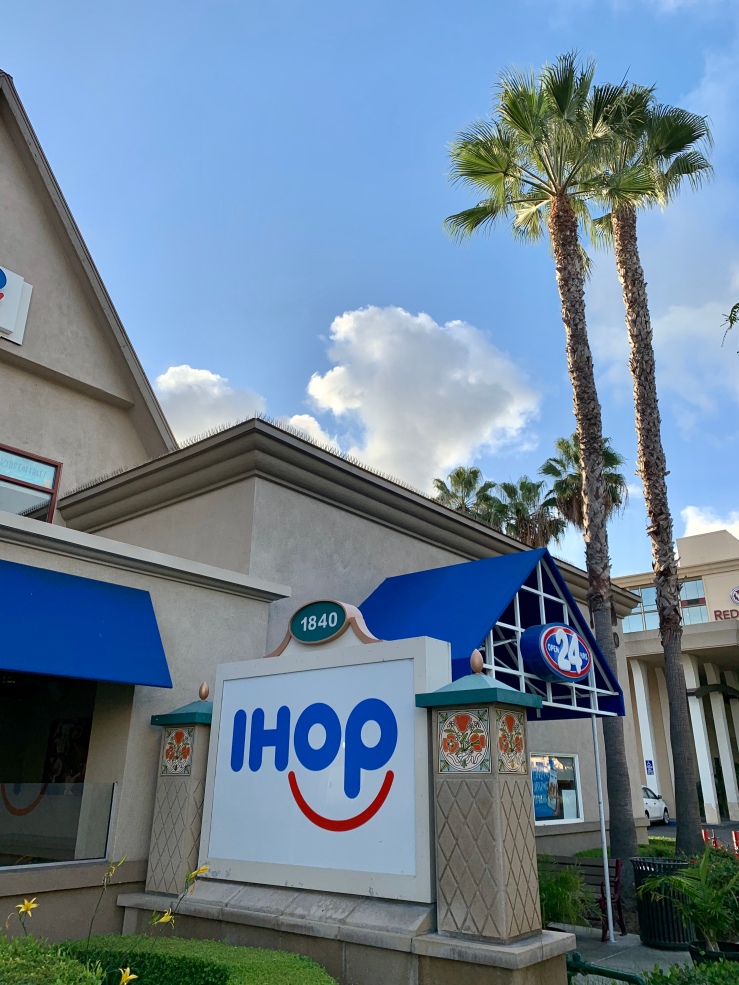 We got our tickets from Attraction Tickets Direct and they ended up being the best price and deal. We got the two day ticket that enabled us to spend a full day in each park per day. If you’re wanting to visit for more days, definitely look at the combo tickets they do as it’s normally a good way to save money.

Our second day or how I like to label it, our first Disney day started with a short walk to Disney at around 7:30 so we managed to get in just after park opening. We decided to go to California Adventure Park first as the Disneyland Park was due to be closed earlier due to a party. I’ve written a blog post all about my days at Disney which you can find here. I go into a bit more detail about what we did and how amazing it was to visit a Disney Park for the first time. In short though, it was an amazing first day at Disney and it was more amazing that I could have ever dreamed of. California Adventure is definitely my favourite out of the two parks at Disneyland…Pixar Pier just tops it for me! 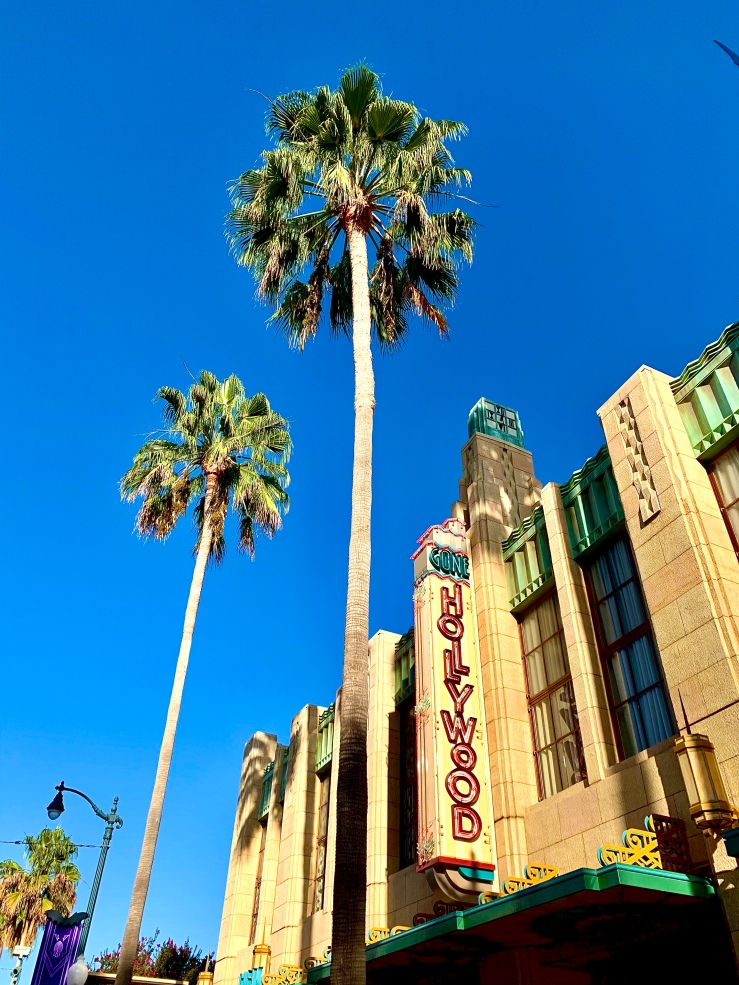 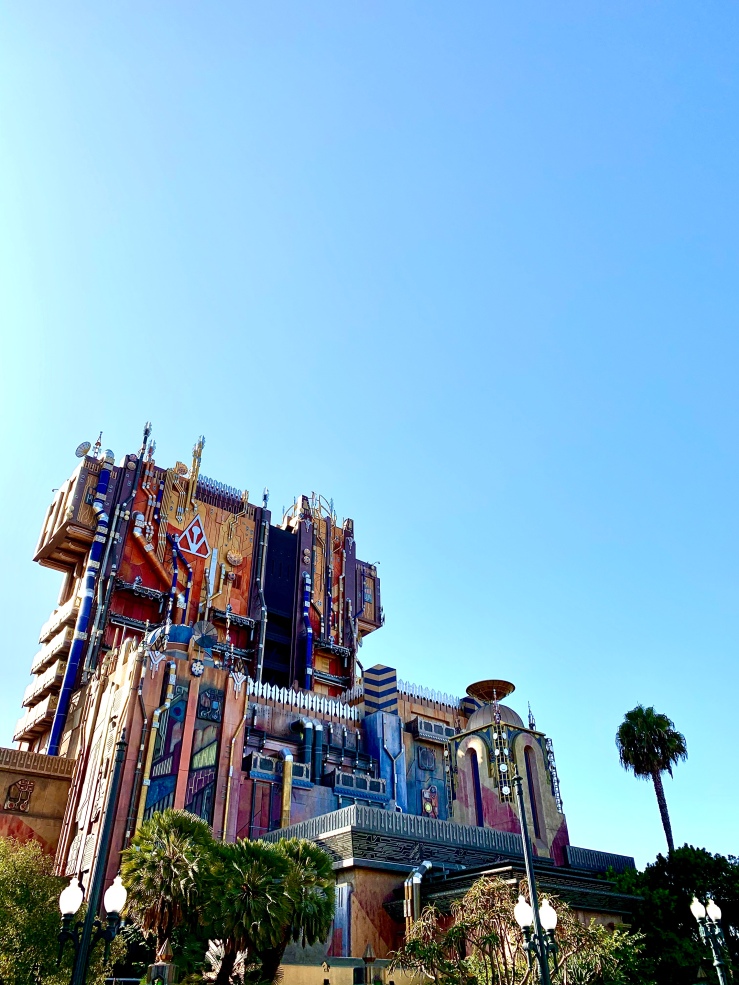 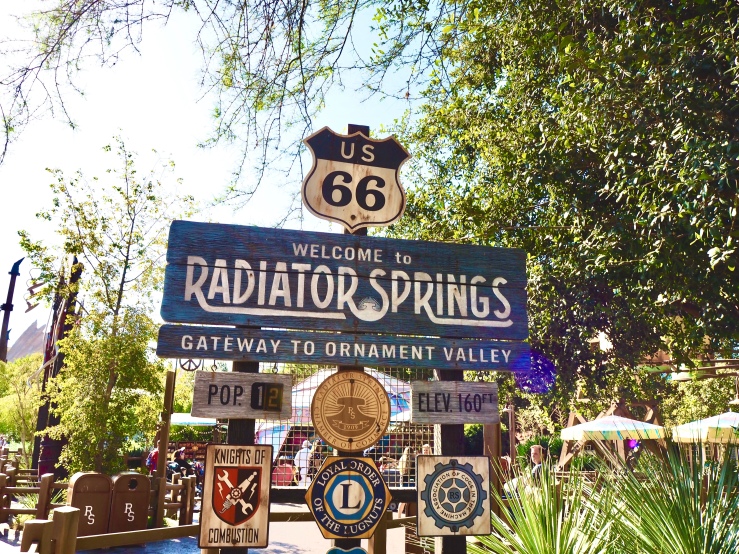 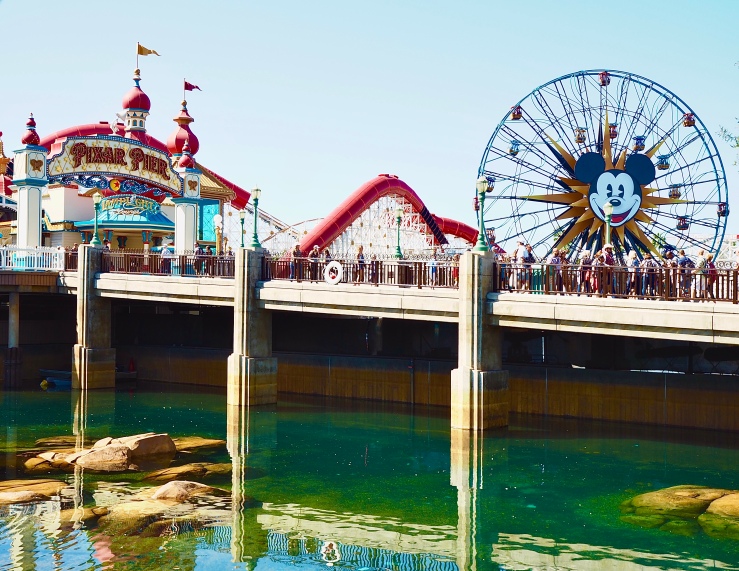 The third day was of course Disney day 2 and our last day in Disney and full day in Anaheim. We ended up going a bit later in the morning which was nice to rest our feet for a bit. It was awesome to see my first Disney castle and just walk down Main Street. The joy and happiness just overwhelms you when you’re immersed into this amazing world so much that you don’t want to leave. Disneyland Park was home to Batu otherwise known as Star Wars Galaxy Edge which was just incredible to walk round and ride Smugglers Run (I was pilot and kind of failed ha). 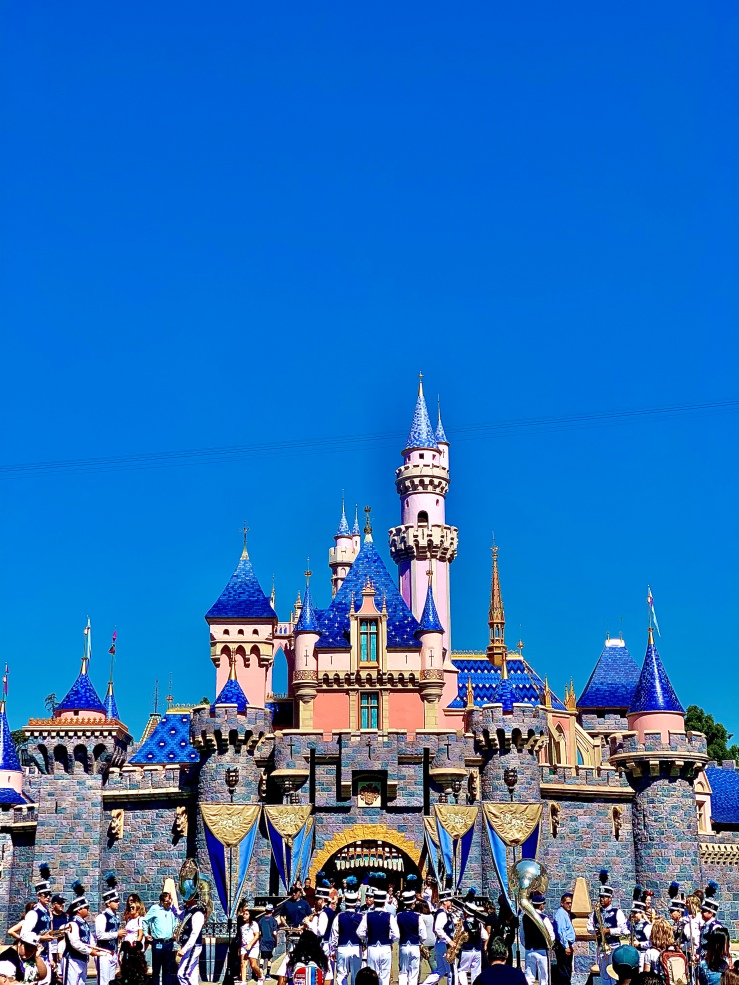 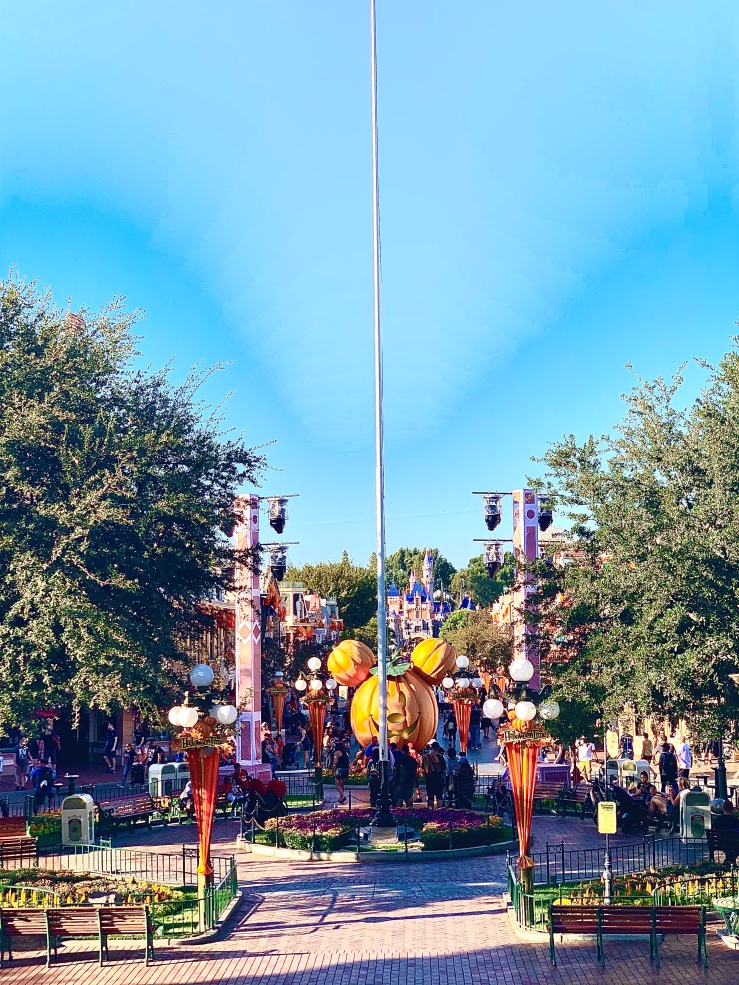 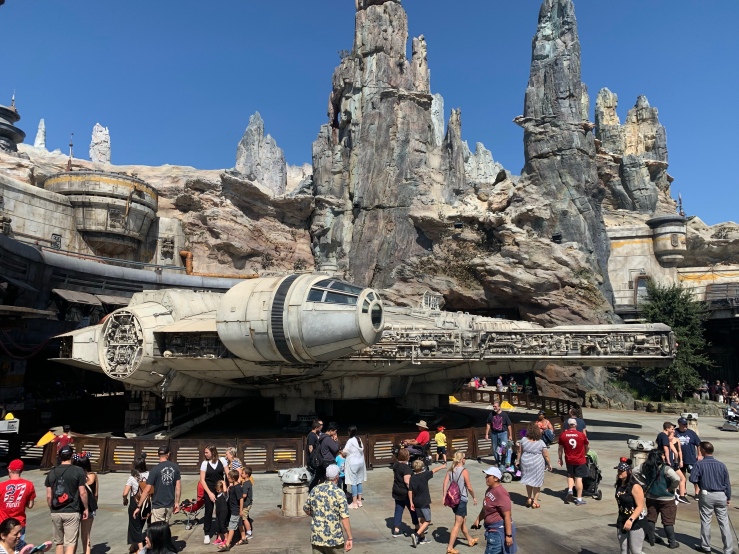 Our fourth day consisted of spending our last full day in Anaheim, I actually didn’t feel very well at all so I spent the morning in bed high on pain medication. My family went back out to Target to get a few more bits. I did end up feeling better in the afternoon and we headed to NottsBerry Farm for lunch with my Great Aunt who lives out in Huntington Beach. We went for lunch at Mrs Knotts Chicken Dinner where I had waffle and chicken which was so so yummy. It was awesome to experience an authentic feeling dinner whilst out in America…it really felt like good home made cooking. We then spent the evening at Downtown Disney, getting our last dose of Disney before leaving Anaheim in the morning.

The morning of our fifth day consisted of us packing our already full suitcases and checking out of our Anaheim hotel. It was bitter sweet as I really didn’t want to leave Anaheim as it had already held so many happy memories from Disney of this holiday. We ordered an Uber to take us to our next hotel than was in North Hollywood. This was by far the biggest expense we had to consider whilst on the holiday as it cost us around $100 as we ordered an XL Uber due to us having 4 suitcases too. We drove past the entrance to DisneyLand and said our last goodbyes.

I’m actually going to split this blog post into two parts as it makes sense to dedicate a post to each half of the holiday and I don’t want it being too long to read as one post.

Be sure to check back for the second part where I go through what we did in the Hollywood half of our holiday. It’s definitely one not to miss.

If you have any questions or want to know more about the trip, please let me know.

Come find me on my other social platforms…

23, Suffolk. Mid Size Fashion and Lifestyle blogger with an addiction to coffee and love for music and cats. View all posts by adoseofapril

This site uses Akismet to reduce spam. Learn how your comment data is processed. 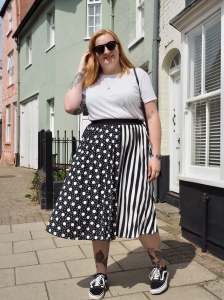 Hello and welcome to adoseofapril! Here you’ll find inspiration for everyday fashion for the everyday girl and lifestyle tips and tricks whilst also sharing doses of my life. Thank you for stopping by and happy reading…